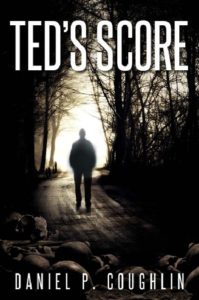 When beautiful Jules Benton, a seventeen year old senior, goes missing after the spring formal dance in the small town of Watertown, Wisconsin, her father, Richard Benton, becomes suspicious of Jules’ boyfriend, David Miller and his involvement with her disappearance.

When Richard confirms his suspicions, the brutality of his capability consumes him and soon David will find out what that means.

Unbeknownst to David or Richard, a serial killer by the name of Ted Olson has more to do with Jules’ disappearance than anyone might suspect. As Jules’ whereabouts unfold, the truth begins to bleed from a dark place. And the authorities have begun to smell the criminal acts committed.

Murder and mayhem catch up with the slow pace of this ordinary Middle American town when evil, perversion, and death mislead these simple folks into a disastrous wave of crime that spirals out of control. All the while, Ted collects his score. 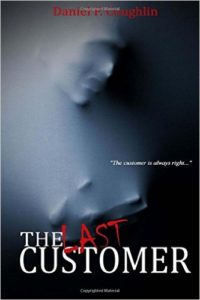 On a hot August evening in the small town of Dodge Junction, Wisconsin, Win and Garth Gasper are closing down their family owned liquor store for the night. When the demons Sammael and Jezebeth show up in search of Father Leslie Gardner—the priest that many years ago exorcised Sammael—they become the most terrifying customers that Win and Garth have ever laid eyes on. Up the hill from the liquor store, Father Gardner senses that he is being challenged by the demons. Unable to ignore the foul presence, he makes his way down to the liquor store where the demons have kicked off their destructive and sinister plans for the evening. Now, Garth, Win, Gardner and three unexpected armed robbers must fight their way out of the liquor store where their flesh and souls are being shredded. Gardner must revisit his past and renew his faith in order to defeat the nastiest demon that he’s ever encountered and protect the lives of his neighbors against the last and worst customer of the night. 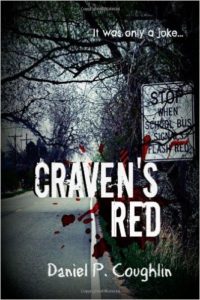 Twenty-six years ago on prom night in 1985 Sara Bellows played a nasty trick on Zack Craven, an emotionally awkward and unstable teenage boy, and in return Zack sought bloody vengeance on Sara and the small Wisconsin town of Dodge Junction. Now, having survived the nightmare and currently living in Huntington Beach, California, Sara Bellows, after many years of self medicating and punishing herself over the guilt of what happened in her past, is a wealthy, recovering alcoholic and a successful novelist with one more hurdle to jump. She must go back to Dodge Junction and confront the demons of her past, as recommended by her therapist, in order to move on with her life, but upon her return, the town isn’t so welcoming and Zack Craven, now an escaped mental patient, has one more blood drenched trick up his sleeve. 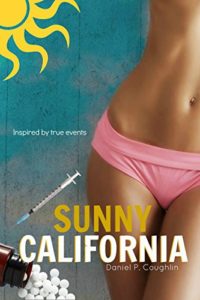 Yesterday, after four years of faithful service to the good ole US of A Billy and his drugged out buddies are discharged from the Marines at Camp Pendleton. Today they’re at the beach absorbing the sunny scenery while awaiting their first semester of college paid for by the GI Bill when Billy discovers Jessica – a smart, witty, gorgeous Midwesterner. Love at first sight. However, the summer heats up when Billy takes a job lifeguarding at a swank neighborhood pool and resort in Newport Beach, CA. And the residents are hot. The fine folks of this neighborhood like to share, swap and swing. And when Lexi Shantel, trophy wife of the most powerful defense attorney in Newport, locks her sights on the new pool boy he’s dead to rights. Lexi is hot for Billy and she gets what she wants.
As this inappropriate relationship blossoms into a steamy affair Billy finds himself drowning in guilt, but unable to stop. Lexi’s husband becomes suspicious. Now, Billy juggles his options: hot sticky sex or a soul mate. His lies gain compound interest and soon he finds that he’s going to lose the woman he loves and Lexi’s powerful husband has hired a contract killer to dispose of Billy. 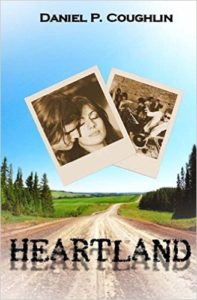 It’s the 90’s. Clinton. Peacetime. And Patrick Welch has life all figured out. The last of his high school life is easy because the Marines don’t require a four point GPA, just a diploma. Now that he’s finally won the heart of the girl he loves, Brenda Olson—life couldn’t be any better. But all of that changes after a tragic car accident. In grief, Pat takes to the high life and suddenly his future and easy escape from the small town of Riverville, Wisconsin starts to look grim. Pat’s world begins to lose its luster and excitement. He makes an abundance of poor choices and as a result loses Brenda. His attendance at school deteriorates and so does his chance of graduating and entry into the service. Although his struggles won’t let up, Pat fights to regain the trust of his friends and escape town. With opportunity to escape slamming shut, Pat must dig deep within himself in order to straighten his path and win back the woman he loves. Throughout his journey, he discovers his capacity for love, friendship and the human spirit. 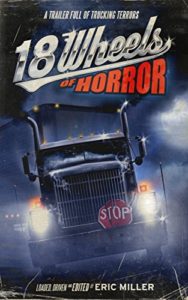 Psychotic killers, devious ghosts, alien monsters, howling storms, undead creatures, and other dark forces haunt the highways and the truckers who drive them in these 18 chilling tales!

Hit the road with this anthology of trucking horror fiction! 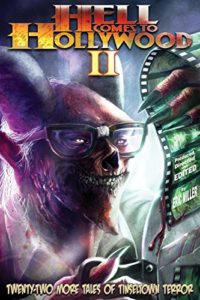 This sequel to the critically acclaimed, Bram Stoker Award nominated horror anthology “Hell Comes To Hollywood” delivers twenty-two more terrifying tales set in Tinseltown. So take a behind the screams tour into the dark heart of show business and see the cast of bloodthirsty monsters, power-mad directors, starving zombies, deal-making demons and more horrific creatures tear up the screen! Buy your ticket, bloody the popcorn, and settle into your seat—and don’t forget to turn off your Hell phone…

A film crew tracks a creature in the forest—or is it tracking them…? A producer sells his soul for the rights to a comic book, but the deal isn’t what it seems… The hideous secret to an mega-star’s fame lies in the bottom of his hot tub… An actress buys a smartphone and gets far more than she bargained for… A reality TV show pushes contestants to insane limits… A Hollywood movie palace worker gets trapped in a ghostly nightmare… 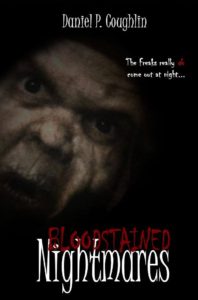 A collection of short stories including incestuous ghosts seeking revenge on perverted mothers and sons; a grieving father finds solace in a wood axe and human flesh; a box full of murderous gnomes protect a lovely woman from her psychopathic husband; redneck zombies jump from the silver screen into a film-going audience of slick movie producers and show them a little TLB (Tender Love and Beheadings); a cheating wife is taken on a joyride from hell.